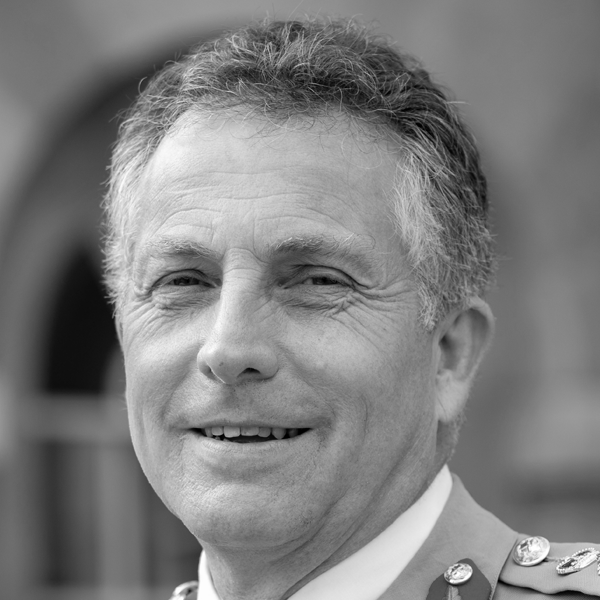 General Sir Nick Carter is the Chief of the Defence Staff, head of the Armed Forces and the strategic military advisor to the Prime Minister .An infantryman by background, General Nick has been a soldier for 42 years. He has extensive experience of different types of conflicts – the latter stages of the Cold War, the Troubles in Northern Ireland, peacekeeping with the UN in Cyprus, and peace enforcement with NATO in Bosnia and Kosovo.
He has led over 50,000 multinational troops under General David Petraeus in southern Afghanistan at the height of the campaign, whilst building the capacity of the Afghan security forces. He later returned as the deputy commander of the NATO mission.

He was awarded the Distinguished Service Order in 2010 for Afghanistan, he was knighted in 2013 and was recently further honoured by being made a Knight Grand Cross in 2019.