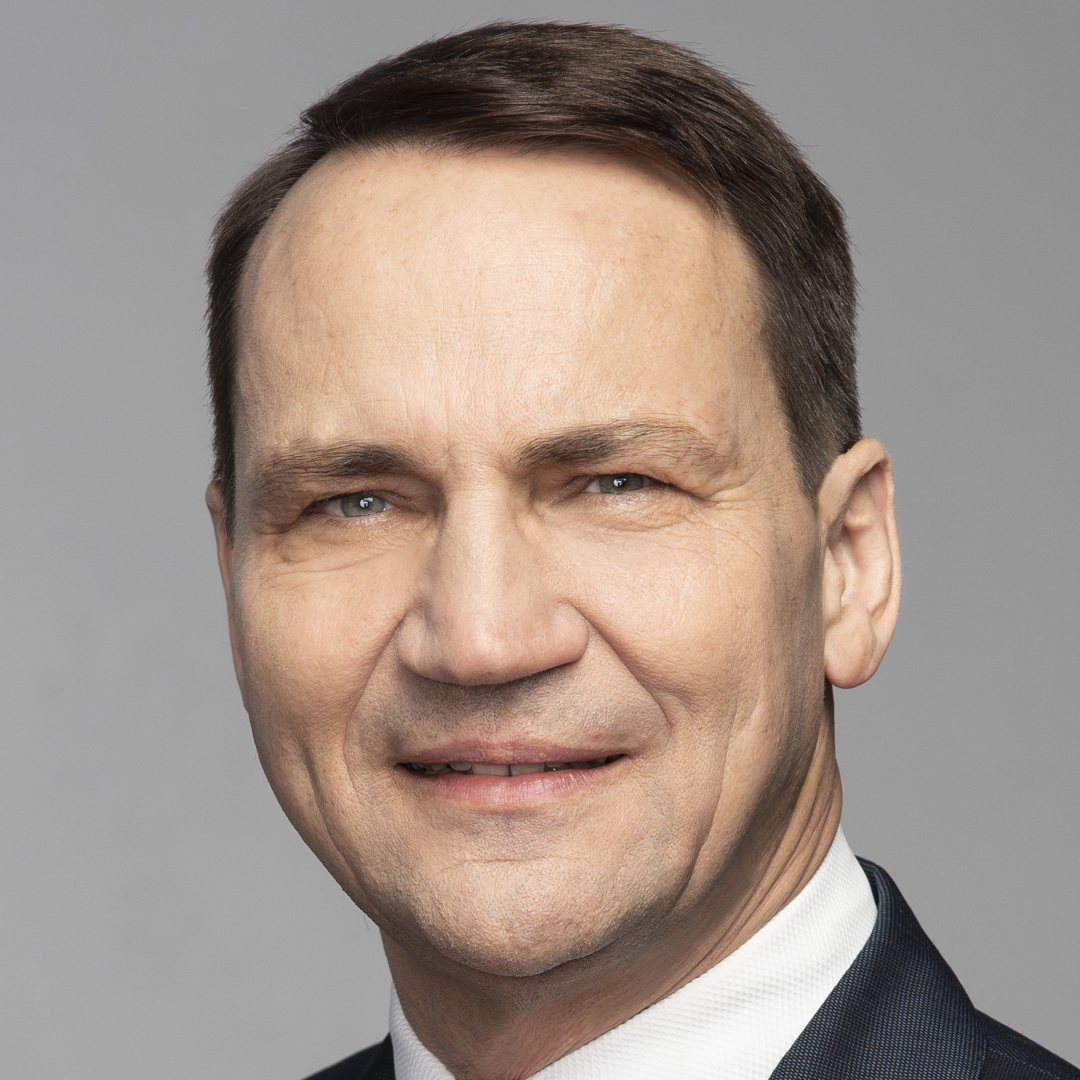 The Hon. Radosław (Radek) Sikorski is a member of the European Parliament for Poland, sitting on Committees for Foreign Affairs, the Special Committee on Artificial Intelligence and the Security and Defence Subcommittee. He is the Chairman of the Delegation for relations with the United States. He is also a Senior Fellow at the Center for European Studies at Harvard and Distinguished Statesman at CSIS in Washington D.C. He was Poland’s Minister of Defence (2005-2007), Foreign Minister (2007-2014) and Speaker of Parliament (2014-2015). He served as a war reporter in Afghanistan and Angola. 2001-2005 he was Resident Scholar at AEI and director of its New Atlantic Initiative. Together with Carl Bildt, he launched EU’s Eastern Partnership. He proposed and helped to set up the European Endowment for Democracy. In 2014 he led the EU mission to Kiev, which stopped the bloodshed on the Maidan. Foreign Policy magazine named him one of 100 global policy intellectuals ‘for speaking the truth even when it’s not diplomatic.’ He is the author of several books, most recently ‘Polska Może Być Lepsza.’ Radek Sikorski graduated from Oxford University with a B.A. in Politics, Philosophy and Economics. He is married to the writer Anne Applebaum.