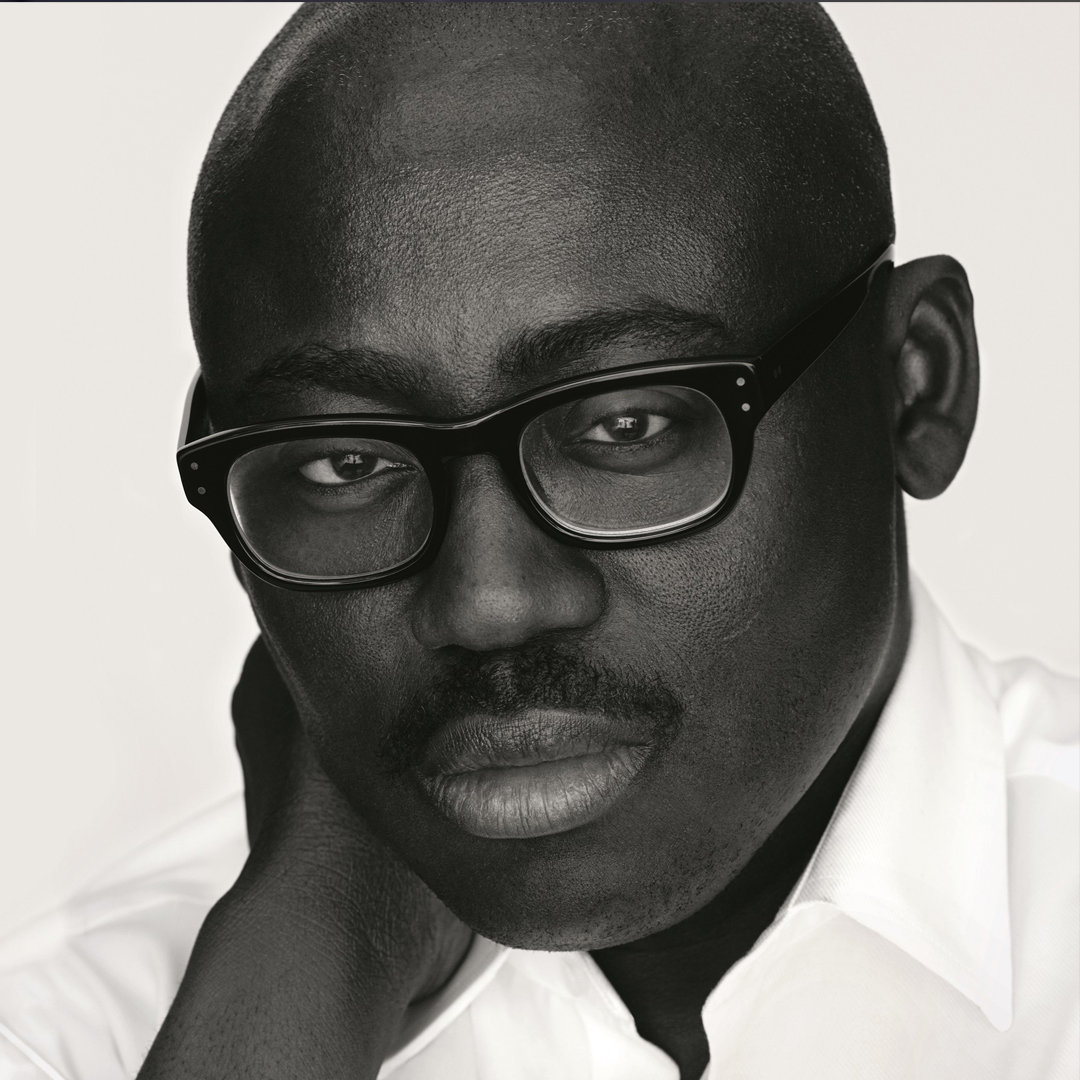 Edward Enninful is editor-in-chief of British Vogue and the European Editorial Director for Vogue. As a lifelong advocate for diverse voices, Edward spearheaded “The Black Issue” at Italian Vogue which featured only Black models. He eventually rose to become the fashion and style director of W Magazine. In 2017, Edward became editor-in-chief of British Vogue, making him the only Black person to serve in this role in the history of Vogue. Born in Ghana, he currently resides in London.