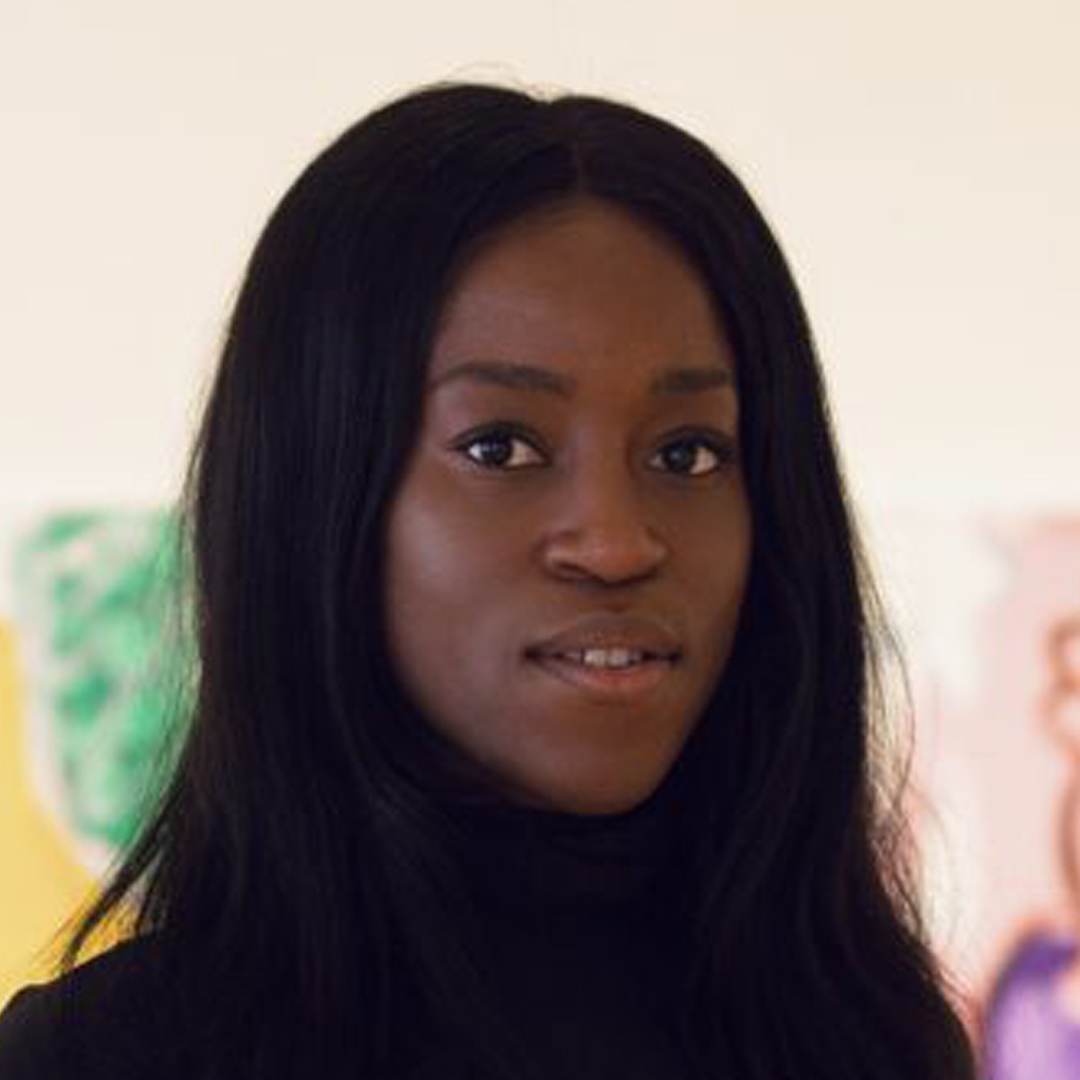 Aindrea Emelife is an art historian, writer, independent curator, author and presenter from London. Aindrea trained as an art historian at the prestigious Courtauld Institute of Art and has quickly gone on to become a ground-breaking new voice in an art world otherwise steeped in tradition.
Aindrea debuted her first column for the Financial Times aged 20 years old, and has been published widely and internationally, including articles in The Guardian, Vanity Fair, The Telegraph, BBC, GQ, Frieze, The Independent, BBC and ArtNet. She features regularly on podcasts, most recently Intelligence Squared, Talk Art, and The Art Newspaper Podcast and is dedicated to public speaking, usually pertaining to discussions of contemporary art, popularising art history and championing female, black or artists of colour.
In 2021, Aindrea was appointed to the Mayor of London’s Commission for Diversity in the Public Realm, and selected for the Forbes ’30 under 30’ list.
Combining curation, writing, public speaking and broadcasting, Aindrea uses the sum of these many efforts to showcase diverse perspectives, global art and increasing public understanding of enjoyment of art; its histories and its contemporaries.
Aindrea’s first book, A Brief History of Protest Art was released by Tate in March 2022, and she has contributed a chapter to Revisiting Modern Art, published by Lund Humphries, releasing October 2022. Aindrea is also attached to a few TV projects, and was recently appointed as a contributing editor for ELLE UK. Aindrea has delivered talks and lectures at TEDx, The Times and Sunday Times Cheltenham Literature Festival, The Financial Times NextGen Festival, Courtauld Gallery, the Courtauld Institute of Art, the V&A Museum, Aga Kahn Centre, National Gallery and Tate Modern.
BLACK VENUS, an exhibition curated by Aindrea Emelife for Fotografiska New York that surveys the legacy of Black women in visual culture was received with critical acclaim, and will be touring to The Museum of African Diaspora (MOAD) in San Francisco in 2023, and internationally.
Aindrea is working on a number of international museum exhibitions, to be announced.