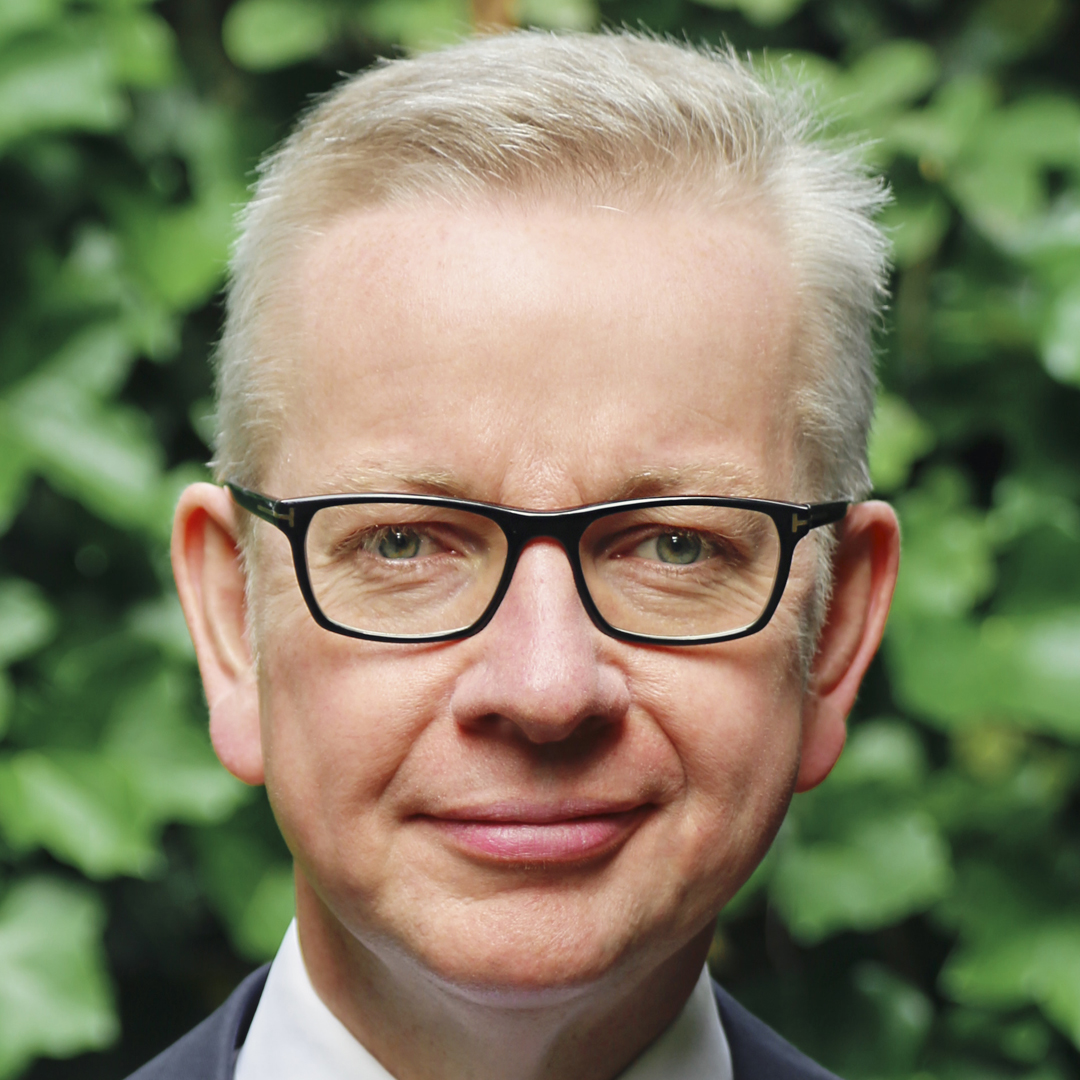 Michael Gove is the Member of Parliament for Surrey Heath.

After Oxford University, Michael began a career in journalism, culminating in his role as a columnist for The Times newspaper. He was first elected as MP for Surrey Heath in 2005 and has since enjoyed many roles on the Conservative front bench, serving three Prime Ministers.

During the 2016 EU referendum campaign, Michael was co-convener of Vote Leave and took on a leading role during the campaign, making the case for the UK to leave the EU.

In June 2017, Michael was appointed by Theresa May as Secretary of State for the Environment, Food and Rural Affairs (2017-2019) and after the Conservative party leadership contest which saw Boris Johnson elected Leader and Prime Minister, Michael was appointed Chancellor of the Duchy of Lancaster with responsibility for Brexit preparedness. After the nationwide success of the 2019 General Election, Michael was re-elected as MP for Surrey Heath and reappointed Chancellor of the Duchy of Lancaster. From September 2021 – July 2022, Michael served as Secretary of State for Levelling Up, Housing & Communities and Minister for Intergovernmental Relations.