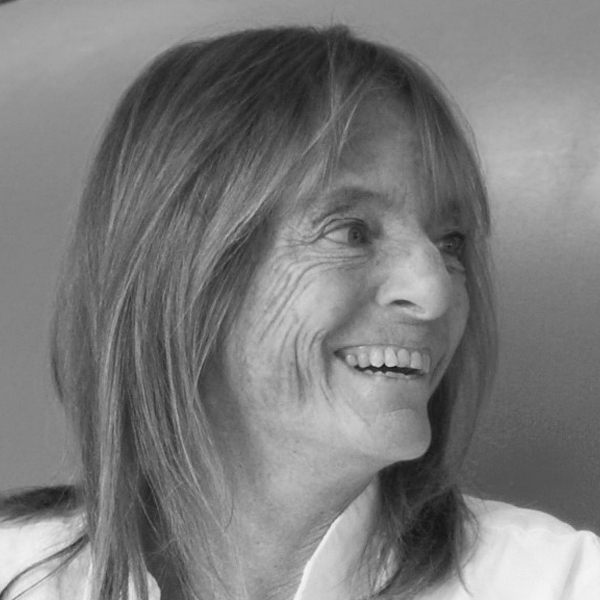 Ruth Rogers was born in the USA and educated at Bennington College. She studied Typography and Graphic Design at The London College of Printing before starting work in the art department of Penguin Books. She then spent five years in Paris, with her husband Richard Rogers, working on the Centre Pompidou, during which time she developed a passion for cooking. Upon her return to London, Ruth worked for the Richard Rogers Partnership, editing books and exhibitions.

In 1987, Ruth opened The River Cafe with Rose Gray, bringing to London the flavours of Italian home cooking with an emphasis on the finest ingredients, an all-Italian wine list, in a modern atmosphere.  The restaurant has grown over the years to employ 100 staff and earned its Michelin star 1998.  Rose and Ruth co-wrote 11 cookbooks which have won awards including the Glenfiddich Food Book of the Year and the  BCA Illustrated Book of the Year.  They presented a 12-part series for Channel 4, “The Italian Kitchen,” as well as appearing in Heston (Blumenthal)’s Italian Revolutionaries.

Ruth is a trustee for Refuge, and Index on Censorship, and has worked with Maggies Centres, The Dyslexia Institute and Democrats Abroad.  She has also been awarded an MBE.

Ruth is currently working on a new cookbook with her two other head chefs at The River Cafe – Sian Wyn Owen and Joseph Trivelli – to celebrate the 30th birthday of The River Cafe.  River Cafe 30 will be published in October 2017.

You can purchase or pre-order Ruth Rogers’s book from John Sandoe Books, our partner booksellers at the Literary Festival, here